We are now into week 8 of the winter season. There’s less than two weeks left of the regular season before our grand finals week!

All matches must be completed and submitted by midnight on Sunday 17 September to count towards qualification. Players will be notified on the Monday of week 10 if they have qualified for the grand final.

Matches of the week

So many 3 set matches taking place over the past couple of weeks, and so many players coming back after losing the first set. We couldn’t possibly pick just one! Here’s just a few of our favourites. 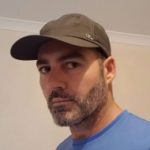 “This epic started out a fairly normal Fri eve tennis match, with me being taught a lesson as usual this season… so 1-6 down in the first and 3-0 up in the second, the crazy gusty wind and fine mist arrived… it eventually turned to rain but stopped briefly so we decided to play a third set rather than a tie breaker… it then pissed down, but we were committed to manning up… commence skidding and ballerina tip toeing about in the wet as now sodden 1kg balls flew like meteors… haha an all weather marathon at Kings park woohoo!“ Rod 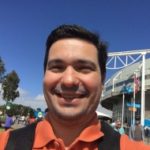 “Scott was one of toughest players I’ve ever played. He is a great singles player who knows the court and plays to win. Scott knows what, when and how to play each point, making it very hard for anyone. This match took us three different days (3 weeks) to finish. Thank you Scott for such a great match.” Danilo 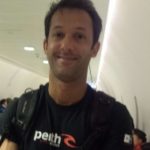 “What a match! A slow start for me and Ryan was unstoppable. Even when I tried my best shots he would return it and reset the point wisely. 6-0…quite a long set though. Second one I found my feet and got him 6-3. Last set we were really tired I was winning 5-2 and he came to 5-4. At the end I won 6-4 on a match could had gone for both of us. Well done Ryan. Look forward for a rematch.
=)“ Daniel 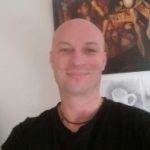 “A fantastic close battle throughout. Tip of the hat to Jorge for coming back and winning the second set from 0-5 down, incredible effort! Good game.“ Adrian

“If I could return Shesh first serves, I’d have been fine! But of course I couldn’t all the time. They’re just blasting rockets!! We played the first set one day, had to stop because of Shesh being hurt, we postponed the game 3 times because of bad weather but we finally got there. It’s been a very challenging game… and I loved taking it up :)” Mimi Ghisellini, Melbourne East Tennis League

“Fahina has no fear in going for her shots and when on point the winners are blistering! Fun game.” Adrian Okoniewski, Adelaide East Tennis League

Enjoy week 8 & 9 of the winter season. See you on the court!