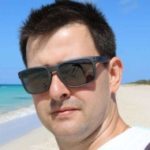 This week’s match of the week goes to Euan Leslie vs Angelo Scopel (pictured) in our Perth North Tennis League.

“You never know in OzTennis, easy to say a 2hr battle was not expected. Thanks for the epic game Angelo!” Euan 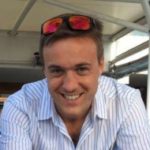 Our player of the week this week is Thomas Roudier. Thomas played 2 matches, winning both and putting himself right back into grand final contention. Starting off with a tough fought 6-2, 4-6, 6-3 victory over Nicolas, he then beat league leader Matt 6-4, 6-4 in blustery conditions.

Thomas now sits in forth in what is a very tight second division in our Sydney Eastern Suburbs league. Everyone has won some and lost some, and with a few matches left to play, there’s everything to play for.

Great tennis Thomas, best of luck for the rest of the season!

“Sascha was a great opponent. He is also a lovely friendly guy. It was a pleasure meeting him and playing this match.” Menka Nasta, Sydney North Shore Tennis League

“Fahina has a great service, you can’t tell the difference between her 1st and 2nd service just wow. Such an enjoyable tennis game we had tonight.” Jorge Nava, Adelaide West Tennis League

“Tough game against certainly one of the best players of the competition. After a one set advantage, Elias’ got the handle of his new Wilson RF97 and brought his game a couple of notches up.” Vicente Maestro, Sydney Eastern Suburbs Tennis League

Enjoy week 6 & 7 of the winter season, see you on the court!