We are now in week 4 of our summer season, over 250 matches have already taken place, but there’s still heaps more to go. League tables are starting to take shape as more results come in. Check out your current position online now. 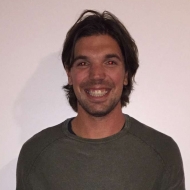 So many great matches this week, we couldn’t possibly pick just one! Our match(es) of the week go to Ian and Elder (pictured) in our Melbourne Inner City Tennis League and Marlee and Antonia in our Sydney Inner West Tennis League.

First up, Ian Mitchell defeated Elder Scouller by the tightest of margins 6-3, 3-6, 1-0, taking the champions tie-break 10-8. Great game both!

“Ian was seriously good. Big serve and solid ground shots. I managed to get back into the match in the 2nd set but then blew a big lead in the deciding tiebreak. It was a really enjoyable game and Ian was a top man. I’ll definitely be calling him for a rematch soon“  Elder

“A ripper of a match was played at in exhibition gardens. The first set went my way, with good tennis being played by both. Elder came out swinging in the second and broke down my defences to charge through the set. Having been on court for an hour we went into an extended tie break. Elder continued on form and soon had a handy lead. Through some reckless serving and ground strokes I fought back and only just came out ahead in a match that could have easily gone either way. Cheers for the game!“  Ian 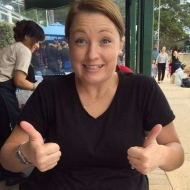 Next up, Marlee Johansen (pictured) played Antonia Scales in a re-match from last year. This time round, Marlee came out on top in another three set thriller 1-6, 7-6, 7-5.

Into the the third set, it was even-steven. Deuce, advantage, deuce, advantage during many games. I actually thought my arm was going to drop off and each game we were right on each others tale, one over taking the other and vice versa.

Drained and exhausted, after 3 hrs of tennis, I eventually took the 3rd set at 5-7 and won the match. I think both of us were relieved it finally came to an end, regardless of the result.

Antonia and I are very evenly matched, we played once in the comp early last year, it was also a very similar and lengthy game. I really enjoy playing against Antonia, she is a fantastic opponent and is great at keeping score too. Big shout out to her and many thanks for another nail biter.“  Marlee

“Had a really good match! Maurice made me work hard, running me around the court with his corner shots and drop shots. Really enjoyed the game. Thanks again Maurice!”  Nancy Mahina, Canberra Tennis League

“Abby was super nice and a good player. She does not hesitate to pressure her opponent and come forward to the net to finish the score with her volley. She is also a good baseline player. I tried to pressure her by hitting the ball away from her and opening the court, but that was not easy because she also has decent footwork to complete her game. Would definitely love to play with Abby again!! Thanks, Abby!!” Ghazi Mokoginta, Melbourne Inner City Tennis League

Enjoy week 4 and 5 of the summer season! Any questions please just get in contact, we’re here to help.