We are now in week 4 of our spring season, over 300 matches have already taken place, but there’s still heaps more to go. League tables are starting to take shape as more results come in. Check out your current position online now. 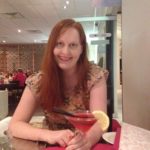 Our first match of the week goes to Jenelle Dann and Claire Ivanic from division 5 of our Perth North Tennis League. A three set thriller that went all the way to the wire, Jenelle coming out on top 6-1, 2-6, 6-4!

“I really enjoyed playing a tennis match with Claire this week. The first set I managed to win quite comfortably. Second set Claire was able to turn it around going for some passing shot winners where as I make few loose errors that cost me the set. Third set was very close Claire got off to a good start with an early break at 2-0 up. I was able to break straight back and it was on serve and level at 4-4 when I then found a way to close the match.“  Jenelle 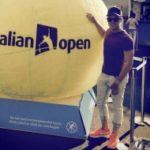 Our second pick for match of the week goes to Shane and Andrew from division 3 of our Melbourne Inner City Tennis League. Another three set battle which swung one way and then the other, finally settled with a champions tie-break. Shane taking the match 6-4, 3-6, 1-0 (10-5).

“What a great match. With a few momentum swings. I went up 5-1 in the first. Then Andrew racing out to 4-1 lead before taking the second. The rallies got longer, and there was a lot of long deuce games. Only fitting it was settled by a tie-break. Thanks for a great match Andrew!”  Shane

Our top league of the week goes to division 3 of our Melbourne Inner City Tennis League. The group has got off to a flying start to the spring season, with 11 matches played already and 7 games completed in week 3 of our spring season.

Top effort from everyone in the group, especially Tim Lolicato, having completed 4 matches already and sitting at the second of the division so far. Still a long way to go!

“Epic 3 setter. Chris was serving monsters and hitting hard baseline shots mixed with drops shots and volleys on clay. Managed to sneak a win but could have gone any way. I’ll walk like an 87 year old man tomorrow”  Greg Davis, Brisbane Tennis League

“Jack was a great bloke. Our match was a long grinding clay court marathon that lasted two & half hours. Jack ran down everything and led 3-1 in the deciding set but I slowly stole the match from him. Great hit, sore body and much respect ✊️” Borce Markovski, Melbourne Inner City Tennis League

“This was an extremely exhausting max for both of us, but was a great game! We were more than 2 hours on the court, playing non-stop. I guess age was starting to play a factor, Joe is a great guy!” John Harun, Perth North Tennis League

Enjoy week 4 and 5 of the spring season! Any questions please just get in contact, we’re here to help.