We are now into week 8 of the spring season. There’s less than two weeks left of the regular season before our grand finals week!

All matches must be completed and submitted by midnight on Sunday 17 December to count towards qualification. Players will be notified on the Monday of week 10 if they have qualified for the grand final.

Matches of the week

So many 3 set matches taking place over the past couple of weeks, we couldn’t possibly pick just one! Here’s just a few of our favourites. 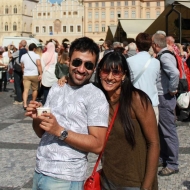 “It was a nail-biting classic 3 setter. The game itself was a see seesaw battle played in the blistering Sydney heat over three and a half hours. It was a pleasure to play Leandra, she is a great competitor. I am lobbying for game of the week 🙂“ Saurav

“Great match. Two and a half hours long. 30 degree heat. Ludo saved 5 or 6 match points then wiped the floor with me in the last set. Good luck for the rest of the tournament.” David 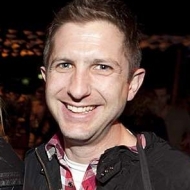 “Ryan and I have played each other 4 times now, and every time it’s gone to three sets. This was the closest, most roller coaster one yet. At 4-1 up in the third set, I thought I had him, but he won the next 4 games and was serving for the match. Somehow I broke back and then hung on for the narrowest of wins. Epic.” Jamie

“Martin was possibly the nicest guy in the entire Oz Tennis Leagues. Kept apologising even when he didn’t need to. Put on a serving masterclass for the ages in the first set where no breaks were had. I just hung in there like I usually do until it dipped then capitalised in the 2nd and 3rd sets.“ Lorenzo 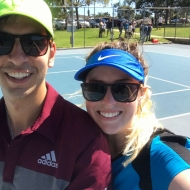 Players of the week

Again, we couldn’t pick just one, so our player of the week award goes to Jayne Bullock (pictured) from our Perth North Tennis League and Harsh Patil in our Sydney Parramatta Tennis League. Between them they played 11 matches in the last two weeks, Jayne winning 4 and Harsh winning 6 out of 6. What a couple of weeks, we think that’s a record number of victories in a two week period from Harsh.

Both players looking in good shape to make their grand finals!

“God it was blazing hot! The first set was a real battle struggle, with the both of us setting up and executing plays. By the 2nd set the heat really got to us, eventually my power serves resulted in many double faults compared to Sean’s awesome consistent ones. It was a great game!” Horacio Do Rosario Aleixo, Melbourne Inner City Tennis League

Enjoy week 8 & 9 of the spring season. See you on the court!