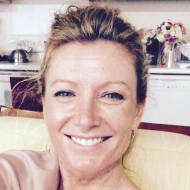 This week’s match of the week goes to Susan Alexander (pictured) vs Anthony Lamuel in our Perth North Tennis League.

“Such a good game.. great opponent that knows how to make you run… it was hot and sticky tonight in Perth but we managed to plays 3 sets.. well done Sue.” Anthony

“Anthony was a great opponent, he made me work for every point, we had some fantastic rallies.” Susan 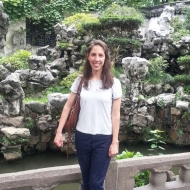 Our player of the week this week is Tanya Louise (pictured). Tanya played 3 matches over the past 2 weeks, winning all three and putting herself right at the top of division 5 of our Melbourne Inner City Tennis League. Starting off with a tough fought 3-6, 6-4, 6-4 victory over John, she then followed this up with victories over Abigail and Ceri.

Tanya now sits in pole position to qualify for the league grand final having won 4 out of 4.

Great tennis Tanya, best of luck for the rest of the season!

“Was a great match with Alex. After she won the first set 6-4 in a close one I managed to get the 2nd set 6-3. We decided to play a deciding tiebreaker to finish the match and I was lucky enough to win it 7-4. Alex is a great player who is so hard to put away when in a rally. Really enjoyed the match and hopefully we play again some time. Cheers Alex” Ryan Hatty, Melbourne Inner City Tennis League

“Really enjoyable match with Adam. Some excellent (lengthy!) rallies and a close match with a very fair opponent. We had to play a super tiebreak for the third set as we ran out of time. I think Adam would have won a conventional third set as I was about to pass out on court!” Stephen Phillips, Canberra Tennis League

“We had to play the match over two days due to Auburn tennis club double booking on Tuesday. Max led 6-1,1-0 going Into the second day. A strong showing by me (Ammar) on Sunday morning ensured the second set was much tighter. In an absorbing second set which went for just under an hour. Max prevailed 7-1 in a deciding tie-break and subsequently took the match out 6-1,7-6. The match was played in great spirit and good sportsmanship was shown by both throughout the two days. Bring on our next matches!????.” Ammar Balabi, Sydney Parramatta Tennis League

Enjoy week 6 & 7 of the spring season, see you on the court!