We are now into week 8 of the autumn season. There’s less than two weeks left of the regular season before our grand finals week!

All matches must be completed and submitted by midnight on Sunday 24 June to count towards qualification. Players will be notified on the Monday of week 10 if they have qualified for the grand final. 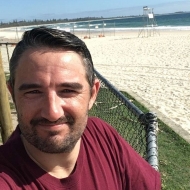 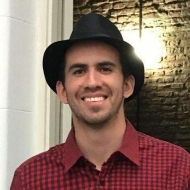 “What a crazy match!

We made the decision to use some used balls, but they were older than I thought, and this led to some super long rallies, where neither of us could take control and finish points off.

Daniel was better and more patient in the first set and took it 6-4. I bounced back in the second to take it 6-4.

With the light fading, we opted for a super tiebreak, but even that wasn’t enough to get it done before darkness. Daniel had control early to get to 9-4, but somehow I clawed back against those set points to even it at 9 all. Some more see-sawing in the dark, before we snuck on to a lit court at 12 each to finish off.

In the end, I got over the line 14-12, I think; I was too damn tired to remember properly.

Daniel was a great rallier and I look forward to playing him again….with NEW balls.“ Andrew

“Intense match from the get go. Shreyas produced Lots of winners from the backhand and serves. Had wonderful time playing with Shreyas and all the best to him in the remaining matches.” Paul Kang, Sydney Parramatta Tennis League

“I really enjoy the challenge of playing against Chris, as he mixes things up, and makes it very hard to get any rhythm.” Andrew Holden, Brisbane South Tennis League

“Seriously this comp could not get any better, the games have been incredible, Tu you were a great competitor, thanks for the torture hahahaha” Susan Alexander, Perth North Tennis League

Enjoy week 8 & 9 of the autumn season. See you on the court!