The half-way point of the season has passed and we’re into the back straight now. 6 weeks gone, 4 weeks left to go. We’ve got just three weeks left of the regular season, followed by a week of grand finals. 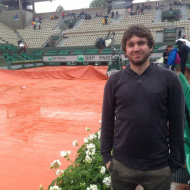 This week’s match of the week goes to Ryan Hatty (pictured) vs Tanya Louise in our Melbourne Inner City Tennis League.

“It was a very even match with plenty of momentum swings. After being up a break early in the first set by the end of it Tanya had all the answers and played well to take the first set 7-5. She continued on in the 2nd set and before I knew it I was 0-4 down and in big trouble but I was lucky enough to come back and take the 2nd set 6-4. Again I was in trouble with Tanya leading 6-2 in tiebreaker and once again I was lucky to get out of it and managed to win 8-6. Really enjoyed the match, lots of great rallies, thanks for the match Tanya!” Ryan 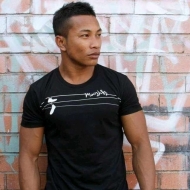 Player(s) of the week

Way too many players to only pick one!

Ratanadino (pictured), in division 2 of our Brisbane South League winning 3 out of 3 matches in week 4, including a brilliant 6-0, 4-6, 1-0 (10-7) victory vs Ernest. “Great match overall, it was a pleasure playing with Dino.” Ernest Lin

Duane, from division 1 of our Melbourne Inner City Tennis League winning a massive 4 matches across week 4 & 5, catapulting himself to top of division 1, with 6 wins out of 6.

Then there’s Matte Rochford, in our Sydney Inner West League, who has already completed all 10 of his matches, including his first win, an epic 3-6, 6-3, 7-6 win vs Avi. “Two and a half hours! Such a great feeling to play well and stay focused mentally. Absolutely loving tennis at the moment.” Matte Rochford

Brilliant tennis everyone, we love it!

“A very exciting and enjoyable match (vs Taylor)! Great rallies and much more of a fight than what the score suggests. It took 12-15 deuces to settle the 8th game of the first set. I was serving at 3-4, and I guess we both knew this was the game that would decide at least the set, if not the entire match. In the end, I managed to take the game and maintain the momentum long enough to win the set and the match.” Renate Smitham, Adelaide Tennis League

“Wow, toughest natch so far. Glad to have had this match with Manish. The score doesn’t really reflect the details of the whole game because Manish really dominated the game with lots of winners. And Manish’s slice backhand was so deadly. Eventually pivotal points went my way and a lucky night for me with lots of first serves going my way. I think I will play more rounds with Manish outside the comp setting since we had much fun and quite a work out.” Paul Kang, Sydney Parramatta Tennis League

“We had an epic match which went right down to the wire. Mirjana was a fierce competitor and great fun to play against” Elder Scouller, Melbourne Inner City Tennis League

Enjoy the next week of our autumn season, see you on the court!